The Game's Afoot! By Barbara Barrett

In a letter to Clyde Smith (The Collected Letters of Robert E Howard, August 28, 1925), Robert E. Howard (REH) included one of his tongue-in-cheek poems,

Roses laughed in her pretty hair,
Shading her eyes from the sun’s rude stare
A little hand was prettily raised,
Nor ever enough might it be praised.
Five little fingers, soft and white,
A dimple, a sheer kiss of delight.
But, miss, a hand that I held in mine,
Some nights ago was e’en more fine.
A hand that I must grant more praise,
Three aces and a pair of treys.

But poker wasn’t the only game in town for REH and his friends.  Tucked away in the last two pages of REH’s semi-autobiographical book, Post Oaks and Sand Roughs (PO&SR) is a poem that pays tribute to another card game:

Carl Macon was a kollege kid of far and wide renown,
Also a champ at seven-up and the wildest sot in town.
And in a way there came a day of high and lofty fame
For title of the eating house was the prize for a game.

Carl gave a yell and dealt the cards unto the other chumps
And they all whooped with joyous glee when diamonds turned up trumps.
“High, jack and game is here, begad!” Pink bellered with a scowl;
“You lie, you sot! You have it not!” Carl answered with a yowl.

Pink led the ace of trumps full soon, and “There,” said he, “is high!”
Carl followed suit, it was a trey, with a tough light in his eye.
Then Pink led out the queen of trumps and gave an ugly frown;
Carl snickered with unholy glee and laid a four spot down.

Pink swore full long and loud and rough and led the deuce of clubs;
Carl caught it with a king and said, “You’re all a lot of dubs.”
He led an ace and caught a king, “Here’s a game for me, egad!”
For many an ace and many a face the wicked scoundrel had.

And then an argument arose and loud was their abuse
And Pink got into lead again with a nine upon a deuce.
Then Pink laid down the diamond king and feinted with his right,
“Egad, that jack of yours will go, if it takes the rest of the night.”

Carl drank four pints of beer or so and at his hand he glanced —
He flung his cards at Stupid’s head and in his rage he danced
Then with a curse that would, egad, clean freeze a camel’s humps,
Beside the king that Pink had led he put the jack of trumps.

“Hold on! Begad!” somebody said, “That king’s been led, by damn!”
“Too late, too late!” the sot replied, “It is, it was, it am!”
Then long and loud the battle raged until the evening meal,
They punched each other in the nose and bit each other’s heel.
The battle lasted all that night; at last the field was clear,
And Pink had high and jack and game and Carl was drunk on beer.

Barbarism and Civilization in the Letters of REH and HPL (Part 3), by David Piske 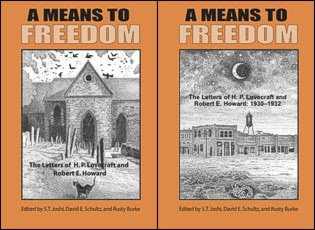 Two years into their well-known correspondence, Robert E. Howard commented in a letter to H.P. Lovecraft about how strongly he identified with the barbarians of history, rather than with any civilizations. Lovecraft [HPL], who identified strongly with , and who considered himself a civilized intellectual, evidently took this as a challenge and began to argue with Howard [REH] about this preference. While discussing the subject in three subsequent letters, REH expressed a wish to have been born into barbarism, and argued that there was contentment to be found outside of civilization, even if the latter is generally better for humanity. But by his fourth letter, prodded by HPL's insistence to argue for civilization's obvious superiority, REH started inching into debate mode, criticizing civilization and glorifying barbarism.

This entry is the third part in a project to examine this debate, letter-by-letter (see also part one and part two.), as found in the two volume set, A Means to Freedom: The Letters of H.P. Lovecraft and Robert E. Howard, edited by S.T. Joshi, David E. Schultz, and Rusty Burke. (All page numbers refer to these volumes.) The previous two parts of this series each covered four letters, two by each man. As a result of the growing intensity of their debate, the arguments grow more involved, and material from other parts of their letters becomes more relevant. As a result, this third part examines only two letters, one by REH and the response by HPL.

The Mirror of E’ch-Pi-El: Robert E. Howard in the Letters of H. P. Lovecraft (Part 3) by Bobby Derie

If Lovecraft balanced praise and criticism for Howard’s stories in his letters, and claimed a certain formulaic quality or a preference for adventure over weird atmosphere, he also had considerable praise for Howard’s characters, particularly the King Kull stories which “probably forms a weird peak” (SL5.278); indeed, later on he would claim they constituted “REH’s best weird tales.” (LRBO 360) At times, Lovecraft would discuss Howard’s characters at some length, showing how the knowledge of Howard’s life and interests from his letters influenced Lovecraft’s interpretation of his fiction:

About good old Two-Gun Bob’s characters—odd as it may sound, I doubt whether Conan was, in spirit & intent, a typical pulp hero. He resembled such externally, but actually I fancy he was a type or projection of the sort of lawless rover REH himself longed to be. There was more of sincere & ardent wish-fulfillment than of conventional copying in the mighty Cimmerian—& that is why he always seemed to me more alive than the jointed marionettes of Hamilton & all the other hacks. Solomon Kane reflected another side of Two-Gun—the brooding ethical sense which made him furious over injustices & oppressions. How he used to storm over the maltreatment of prisoners by policemen, the high-handed outrages of absentee oil corporations in Texas, & latterly the absorption of Abyssinia by Italy! But after all, the human characters are the least part of weird fiction. REH had a strange atmospheric power which manifested itself in more subtleties of description than even he himself realized, & which leaves in the reader’s mind a menacing, mist-wreathed image of Cyclopean walls in the jungle, smothered in unwholesome vines, & hiding hellish secrets older than mankind. (LHK 25)

The Mirror of E’ch-Pi-El: Robert E. Howard in the Letters of H. P. Lovecraft (Part 2) by Bobby Derie 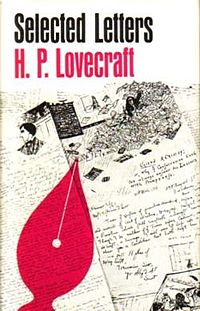 Lovecraft’s esteem for Howard’s correspondence was such that he expressed the wish that “I’d like to publish all his letters with their descriptive and historical riches.” (SL5.277, cf. LJFM 389, LRS 82), much as August Derleth and Donald Wandrei would later do for Lovecraft himself, noting that “They’d need editing, since they are all replies to specific arguments of mine.” (LRBO 399)—and indeed, having both sides of the argument in A Means to Freedom makes considerably better sense than trying to collate the much-abridged contents of the Selected Letters of Robert E. Howard and the Selected Letters of H. P. Lovecraft.

For all that Lovecraft praised these letters, he quoted rather little from them—as Howard had requested they be kept private (“I don’t have to tell you that a lot of the things of which I speak are in strict confidence.” CL2.416, cf. 3.363), telling Willis Conover “About one of REH’s argumentative letters—he always used to ask me to keep them confidential” (LRBO 399) and F. Lee Baldwin “I’d show you some of his letters if he hadn’t asked me not to let anybody see them.” (SL5.108) Despite this injunction from Howard, Lovecraft did write “I’ll lend you some of his encyclopaedic letters if you think you’d enjoy a sidelight on such an unusual character.” (ES2.524) and a notation on a letter from Howard to Lovecraft ca. December 1932 includes a notation that shows it was “lent out” in this fashion. (CL2.489)

Barbarism and Civilization in the Letters of Robert E. Howard and H.P. Lovecraft: A Summary with Commentary (Part 2), by David Piske 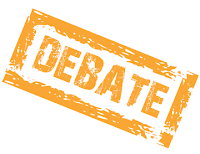 Following on part one, this is a continuing project to assess the details, letter-by-letter of the debate between Robert E. Howard and H.P. Lovecraft on barbarism and civilization. When leaving off last time, after the fourth letter in the conversation, Lovecraft (HPL) appeared willing to close that line of discussion, but he was going to make sure to have the last word. As we open here, with the fifth letter of the debate (but seventieth item of their overall correspondence), Howard (REH) seems like he might be willing to let it go, as well, but not without reaffirming his initial point.

Whereas HPL had framed the topic as "the relative merits of barbarous and civilised life," when REH returns to the topic, he introduces it as "my preference for a theoretical former existence" (439). He also reminds HPL that he never claimed barbarism is superior to civilization. But this belies the impression we get from portions of the correspondence that do not explicitly belong to the barbarism/civilization discussion. For REH, barbarism is more than mere preference. Over time, the image of the barbarian comes to encapsulate his values, dispositions, and criticisms of society. The framing of his remarks as mere preference seems more like an attempt to avoid debate, which he likely sees as pointless anyway. In any case, REH concedes to HPL’s broadest point: "civilization even in decaying form, is undoubtedly better for people as a whole" (439).