“Have you heard of Bigfoot Wallace?”

So begins Howard’s rip snorting bio of William Alexander Anderson Wallace, aka “Bigfoot” Wallace, legendary Texas Ranger. Wallace and Jack Hays (discussed in The Texian #12) are probably the two most famous rangers of the pre-Civil War days. Arriving here a year after San Jacinto and finding the war over, they figured out another way to get their blood up – fightin’ the brutal Comanche raiders that swept through Texas stealing horses, killing settlers and stealing children. Both Wallace and Hays would end up fighting the Mexicans anyway during the Invasion of Texas in 1842 and the Mexican American War. “Devil Jack” would eventually ride on to California and settle the town of Oakland, staying there the rest of his days. Bigfoot would stay in Texas. After a few early stabs at courtship, Wallace just gave up more or less on the ladies and became a solitary soul – and the wide wild open spaces of Texas spoke to that need of solitude. He spent his life protecting the frontier as a ranger: scouting, tracking and driving the mail coach between San Antonio and El Paso, a long and very dangerous stretch of country beset by hordes of raiding Comanches and Apache. Yet he managed to survive it all and lived to a ripe old age. He’s buried in the Texas State Cemetery in Austin.

He was indeed a big man, standing at 6’ 2” in an age when most men were 5’ 6” – 5’ 8” and weighing in at a svelte 240 lbs in his prime. Big men make for big stories and legends stuck to him like white on rice. He loved to sit back and “stretch the blanket” with his many visitors over the years and thus helped create his own myth through the tall tales he’d weave. About 1870 a fellow ranger friend of his, John C. Duval, published the classic “Adventures of Bigfoot Wallace” which Howard read and seemed to have really enjoyed as it appears to be his only source for Bigfoot’s life. In his mini-bio that he whips up for HPL, Howard mentions several adventures that are only to be found in Duval’s book and are not found in any other biography available at the time. It is a very enjoyable book with a great voice. It really sounds like Bigfoot is sitting right next to you in his old worn out chair, spinning an epic yarn for your fireside entertainment. It reminds me a great deal of the Breckenridge Elkins stories. I think it’s likely that this bio inspired something of Elkins’ character, with Wallace’s size and some of his more hilarious adventures amidst polite society being an inspiration for Elkin’s misadventures through the Southwest. If you can find a copy of it, I highly recommend it.

All that being said - it’s not incredibly accurate. Duval really dialed the adventures up to 11 in order to ensure high sales. But after Duval died, Wallace told friends that he wasn’t overly happy with the book as it wasn’t particularly factual. So A. J. Sowell, another ex-ranger, sat down and helped Wallace write a new biography. This one - “The Life of Bigfoot Wallace”- is still a great read but far less colorful than Duval’s earlier book. It reads like a streamlined journalistic account with few frills. As a result, it’s far more trustworthy as a historical document. I don’t know how readily available it was in Howard’s day. Both are easily available now, so I highly encourage you to read them both if you love old Texas Ranger adventures straight from the horse’s mouth.

In his own Wallace bio, Howard’s muse takes the reigns (as She always did) and soon he is painting quite the epic, action packed picture of the famed fight between Wallace and a giant Indian who also bore the nickname of “Bigfoot”. I thought it would be interesting to compare Howard’s version to the version he was drawing on as a source. I certainly think Howard’s version is better yet Duval’s version ain’t nothing to sneeze at either. But as you will see, the true story of how Chief Bigfoot died is up for debate. Duval’s version is the most popular, with Wallace as the mythological giant killer but Sowell’s version is likely more accurate. In his version, Wallace has almost nothing to do with the death Chief Bigfoot. Another ranger brought him down! There’s not even an epic battle to death. You’ll see how it happens, as I’ve included that version too, and while interesting, it’s nowhere near the colorful battle to death that Howard and Duval have us believe it was. And then, as so often happens with history, even that second tale must be questioned because Chief Bigfoot could have actually been killed by yet another completely different ranger, Shapley Ross, around 1842. Turns out, that though there was a very real Chief Bigfoot, he eventually morphed into a frontier bogeyman of sorts. Every large footprint belonged to him and many a theft was blamed on this elusive phantom raider. But newspaper accounts from 1842 are the first to chronicle his supposed death at the hands of Ranger Ross, so that’s the best historical evidence we have about his actual death. I have included this tale as well, as told in the pages of Frontier Times Magazine – a magazine Howard enjoyed reading.

Hope you enjoy these four deaths of Chief Bigfoot. 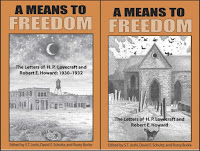