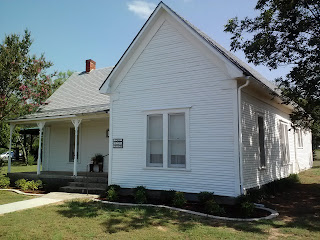 It's Wednesday today, which means new comic day. So, I take my usual trek to my local comic book store to buy the issues which I collect. I sported one of my many Robert E. Howard T-shirts to the shop. It sparked a nice conversation with one of the workers at the shop.

He asked me if I had ever heard of the REH Days event in Cross Plains. I chuckled and told him this story. He thought that was pretty cool and said a friend had told him about the REH Days. He explained that they have wanted to attend for some time now. I suggested he follow through on that wish and explained that even if he was merely a small fan of Robert E. Howard, he would love REH Days.

It's nice to meet other REH fans.