One Who Walked Alone: Insights Into The Writing Mind of Robert E. Howard by Todd B. Vick

I'm currently re-reading Novalyne Price Ellis' book titled One Who Walked Alone: Robert E. Howard: The Final Years. I first read this work about 8 or so years ago, but I've gleaned much more from its pages during this reading. This is due to nearly a decade of REH studies on my part. I will actually be posting a detailed book review along with my thoughts about the work when I finish reading the book this time around.

My intent here is to point out a few nice nuggets about the creative/writing habits of Robert E. Howard. Ellis gives details about how Howard used to work, some of his habits, his creative ways, etc. I have found these aspects of Howard's personality quite fascinating. Here are a few . . .

"When I am with him, he talks a blue streak. I watch him closely, knowing he's trying to work out something in his mind. Other than learning about writing, I don't know what I see in him or why I still, in spite of everything, like the big lummox.
[. . .]
Some people might think Bob is just loafing around and not working at anything at all. But that's not true. His mind is hard at work. Although he doesn't get too far from home, he drives around over the country, thinking of stories, talking them out loud to himself. He'll stop the car on some little hill, get out and walk around, listening to the wind blowing across the prairies. He says that on the wind he hears the tuneless little whistles the cowboys made as they rode, stretching themselves now and then, throwing a leg over the saddle horn to ride sideways to relieve strain, being almost unseated when the horse shied at a prairie-dog or rattle snake. These are the things he wants to write about . . .someday.
While he's riding around in the country, he may see an old man sitting on a porch by himself. Bob stops the car, gets out and visits with the old man, just to hear his stories of the country when it was new and fresh and uncluttered with the trappings of civilization.
He reads history, too—the history of this country, about the settling of it." (Price 143)

"Bob's been to Comanche, Coleman and Santa Anna, hunting stories, old books. Anything he can find. He's been to newspaper offices to go through old files, hunting stories and the things that interest people. He's filling the reservoir with these things, he says, so that someday soon, he can spend all his time writing about this country." (Price 143) 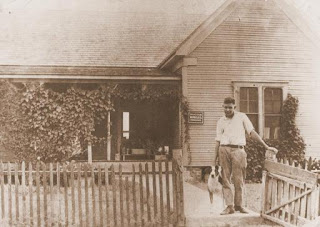 "People don't understand me or my mother," he said defensively. 'Writing is pounding out one damn yarn after another, pounding them out whether you want to or not, and it takes a family who understands that and who tries to help you by keeping you from being disturbed every minute of the day. I know people think I'm a freak and a damn nut, but the only way I can get anything done is to keep pounding away.' He moved about running his fingers through his hair. 'But what I have makes up for what people here think. I mean the writer friends I have. I think it's pretty damn good that Ed Price came out here to see me." (Price 115)


"'By God, girl." His voice boomed out cheerfully. "In this writing game, you have to read as much or more than you write. You've got to read the magazines you want to write for and the ones you do write for.' He stopped and looked at me, smiling. "Do you read the confessions?"

I shrugged my shoulders. 'I don't read them from cover to cover and practically memorize them the way you do the magazines you want to write for. I don't like the confessions much.'
'Well for God's sake,' he laughed. 'How in hell do you think you can write for them? You have to read 'em to write 'em. At least I do.'

'What works for one won't work for another. It just seems to me that you've got to study the magazines you want to write for. I mean study them. Tear each yarn apart. Put it together again. Try to figure out why that one sold and yours didn't.'" (Price 159)


"'You don't care about ordinary people  stories?"
'No. That's where we're different,' he said. 'But maybe you're right. Illegitimate children are the product of civilization with its myriad problems, its rules and regulations. Civilized man makes rules against his nature, then beats his damn brains out because he can't live up to them. I write a lot of my yarns about a different age, a different way of life.'
'Like "The Devil in Iron" where a man fights an enormous snake?'
He nodded emphatically. 'And against a strange pagan god. But that's my formula—man struggling to survive in an elemental way. Life and death in a new world.'" (Price 62) 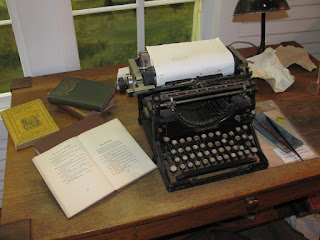 "'When you tell a story and someone listens to it, you are really publishing it. Then when you sit down to write, it just doesn't come. You're not excited about it anymore. You're not trying to discover something new. I mean, of course, that's the way it works for me. Maybe it wouldn't work that way with you. No two people write exactly alike. But I don't usually give advice. If you want to tell me your story, go ahead.'
'I know what you mean,' I said. 'When you tell somebody something, the creativeness flows out with the telling.'
[. . .]
'Don't get me wrong. I've done exactly what I'm telling you not to do, but when I do it, the yarn always comes out wooden. Not easy, flowing, light.'" (Price 77)


"'I've been pounding out another yarn.'
'Another Conan story?'
'Yeah, but this may be the last one. I'm getting tired of Conan.' He made a sweeping gesture with his arm. 'This country needs to be written about. There are all kinds of stories around here.'" (Price 77)


There are dozens more of these nice insights into Howard the writer. If you have not read Price's book then I highly recommend it. It is a first hand autobiographical account about the last three years of Robert E. Howard's life. 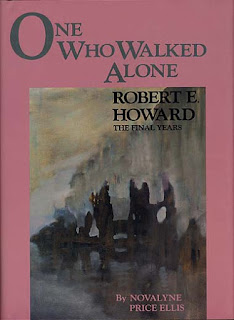 What a fantastic article you have woven together. I found so many insights that I hoped to gather from the book, if I can ever get ahold of it. Thank you.

Thank you, JEBradstreet. I've read that book multiple times and gain something new with each fresh reading. Cheers!