Remembering H.P. Lovecraft on the 125th Anniversary of His Birth 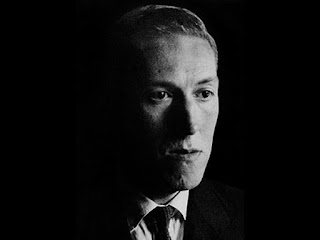 Howard Phillips Lovecraft (August 20, 1890 – March 15, 1937) born in on August 20th, 1890, was a a prolific author, poet, essayist, and epistolarian during his relatively short life-span. While Lovecraft was popular within the writing and reading circles of the magazines in which he published, he gained greater fame and respect posthumously. And while this fame and respect took decades to achieve, it was, nonetheless, well deserved. In 2005 the Library of America published a collection of his works: Tales, edited by Peter Straub. His work has also been included in countless compilations and academic anthologies.

While Lovecraft is predominantly known as one of the members of the Triumvirate of Weird Tales (along with Clark Ashton Smith & Robert E. Howard), and it is there that his most popular stories were originally published, he also wrote dozens of poems and hundreds of essays throughout his writing career. S.T. Joshi edited a nice five volume set of these essays. But, more than any other thing, Lovecraft was a prolific writer of letters. His correspondence is so large it actually fills dozens of volumes already published.


Aside from all of Lovecraft’s stories, poems, essays, and letters, it seems that various aspects of his writings and life sank their teeth deep into the past and current culture. If you are adventurous enough you can find movie lists based on Lovecraft’s work. A number of biographies (Joshi’s obviously being the definitive one), Cthulhu stuffed animals, models, statues, artwork, etc., tons of t-shirts, and other various paraphernalia. There have also been several documentaries made about Lovecraft and his career. But, more than anywhere else, Lovecraft’s influence extended quite deeply into the world of writers who were not only contemporaries of him, but also followed in his footsteps for many decades after his death. Writers like Robert E. Howard, August Derleth, E. Hoffman Price, Clark Ashton Smith, Robert Bloch, Fritz Leiber, William S. Burroughs, Stephen King, Ramsey Campbell, Alan Moore, Joe R. Lansdale, Brian Lumley, Caitlin R. Kiernan, Clive Barker, Neil Gaiman, etc. used Lovecraftian elements in some of their stories.

In the arena of comic books, Mike Mignola and Simon Bisley have declared that Lovecraft had a major influence on their work. In film, John Carpenter, Stuart Gordon and especially Guillermo Del Toro have all cited Lovecraft as an influence.

I’m not going to be able to say anything about H.P. Lovecraft that has not already been said many times before. So, if you have not read his stories, his letters, his poetry or his essays, then I certainly encourage you to do so. Below, I will provide a brief bibliography of his works for further reading and research. Feel free to list any others in the comments section of this post you would also recommend and . . .

For further reading and research:

Books (Not in any particular order)